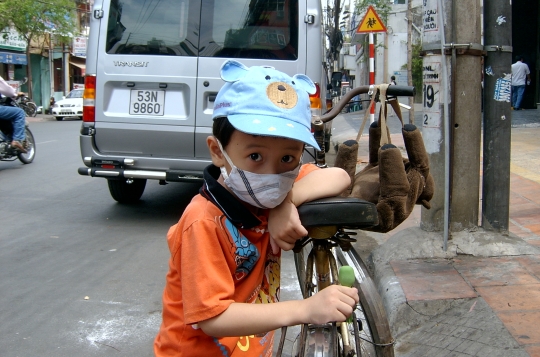 BEFORE we went to Asia we were never that interested it, but now we LOVE it. Outside of the US (which is my favorite country to visit), Asia is our favorite place to travel.

There are some awesome blog resources to help people who are considering teaching English as a way to live and work in Asia.

Korea is generally accepted to be the place to go if you want to put save money during your teaching. Audrey from ThatBackpacker was able to save up $17,000 by being reasonably frugal during a year of teaching.

A major advantage of Korea is that your housing will be generally arranged for you. Audrey even has a video available where she shows you her apartment.

There are lots of travel bloggers who have taught English in Korea, such as Waegook Tom. “Waegook” means foreigner.

Western food is pricey in Korea. However most people who go to Korea seem to end up loving Korean food, sometimes after not loving it initially. Not great for vegans though!

Japan has the advantage that you can go through the official JET program and know you’re definitely going to get paid etc.

Based on info from friends who have done the JET program, Japan can be a bit hard to adapt to culturally in terms of making friends with locals.

Consider the places in the South of Japan will have milder winters than those in the North.

Thailand has lots of language school in Bangkok. You won’t be able to save as much as in Korea but living in Bangkok is great…. if you’re someone who likes to live in big, fast-paced 24 hour cities. We love it! Also the Thai islands and beaches are just a short Air Asia flight away.

If you’re going to try to get a job through leg work, get tesol certification before you leave home. Even if you can get a job without it, you’ll likely get better paying jobs with certification, and it’s the right thing to do to maximize your usefulness to your future students.

Everyone I’ve spoken to who has done some formal language teacher training has thought it has been worth it, including people who are already trained as teachers.

It’s also possible to get English teaching jobs in Vietnam. Sherry Ott taught for a year on HCMC. She gives a great breakdown of the costs of living etc. Our advice for Vietnam is to go to HCMC and not Hanoi – people are much friendlier down south!

Vietnam is a great destination, in particular because the food is so delicious. Accommodation in HCMC is more expensive than you might expect. It’s generally cheaper to get a long term rate at a guesthouse than get an apartment, but then that doesn’t exactly feel like you live there. Vietnam has great coffee and HCMC has good options for vegans. The beaches in Vietnam aren’t nearly as good as Thailand. Therefore, if you love island hopping and swimming in azure ocean, then Thailand might be a better choice (provided your work schedule will allow for beach trips, since the good beaches require flights, or looong bus rides from Bangkok).

Previous Post: Where to Go to Escape US Winter?
Next Post: 6 Tips for Gift Giving When You Live Out of a Suitcase