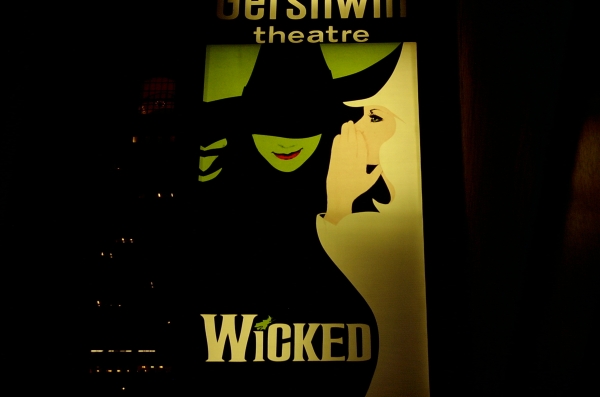 When I lived in England I lived in Brighton (an hour by train from London) but I’d often come up to London for weekends. Being the theatre nerd that I am, it was usually to see big razzle-dazzle musicals (plus the occasional play, but musicals are my passion).

If you’re doing a weekend mini-break in London, here are some awesome things to do.

1. The Jack the Ripper Walk

Even if you’re not especially interested in Jack the Ripper, consider doing this night walking tour. It’s hugely popular with good reason. The most established version of the tour (there are copycats) is run by London walks and is held at 7.30 nightly, plus an additional “matinee” walk on Saturdays.

The West End is London’s version of Broadway. My ideal London weekend involves at least two trips to the theatre. Show tickets are much cheaper in London than in New York (and often the same shows play in both London and New York). Some shows are “dark” (take their day off) on Sundays so factor this in to your plans. To get an idea of the blow your socks off standard – check out the video below of one of the stars of the UK version of Wicked singing a song from the show (Wicked is one of my favorite shows and I’ve seen it around a dozen times.) Watch the video all the way to the end because that’s the most spectacular bit!

You can buy tickets individually or get a package that includes your show tickets and your hotel (e.g.,http://www.show-and-stay.co.uk/).

London is a very walkable city and has three iconic forms of transportation – the tube, the doubledecker red buses, and black cabs. However, city cycle tours are my favorite way to explore a city. If you’ve been to London previously a cycle tour will give you a new perspective. If it’s your first time to London, a bike tour is a much more active and fun alternative to a city bus tour. There are various companies offering cycle tours so just find the one that best fits your schedule.

Since London is a world capital, all the best music tours make stops in London. One of my favorite experiences in London was seeing the Sugar Babes from a box at Royal Albert Hall. So much fun!

A lot of people don’t think to check what live events are on during their stay in a city, but it’s something I always do. This is especially worth doing if you’re from a small town or city where you don’t normally get the opportunity to see big music tours.

Visiting local farmers markets is another favorite travel activity of mine. Borough Market is a good choice if you’re a first time visitor to London because it’s big, colorful and located by the Thames so you can combine your market trip with a walk along the river. Lots of local British food is available. It’s open Thursdays to Saturdays. The free (and famous) Tate Modern museum is close by so you could easily combine Borough Market, a walk along the Thames, and the Tate Modern while you’re in the neighborhood.

Previous Post: 7 Tips for Adding Some Luxury to Your London Vacation
Next Post: UK Summer 2013 – Things to Do