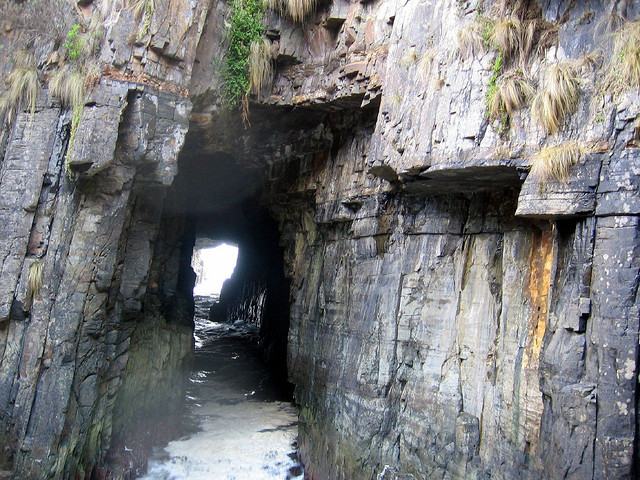 Tasmania is an island located to the south of the Australian continent. Tasmania is the 26th biggest island in the world and it also has 334 other small islands. The state capital is Hobart and it is part of the Commonwealth of Australia.

People frequently overlook Tasmania but that’s a mistake. It’s a great compact destination and easy to get to from the mainland. Another advantage for those traveling to Australia in the summer months is that temperatures in Tasmania tend to be cooler than in other parts of the country. Conversely, winter temperatures tend to be cooler in Tasmania than in more Northern areas of Australia so if you’re heading there for the beach and sunshine then do it in the Australian summer, late Spring, or early Autumn.

It is such a big island that it has a huge diversity of tourist attractions. It is not easy to decide what to see, what to do and where to go. Here I will propose 5 top attractions that everybody going to Tasmania should visit.

Getting There and Around

Holidays to Australasia can include Tasmania with options of inexpensive flights or a ferry for independent types, or taking a cruise that includes Tasmania if you’d prefer someone else take care of the logistics. There are no international flights to Tasmania. Travel via Melbourne is easy (that’s where the ferries depart from) and is the most common connection point. There are also frequent flights via Sydney.

This place is a small town situated 60 kilometres south east of Hobart, the state capital, and it is considered a World Heritage property. Port Arthur is one of the 11 Australian convict sites that the British Empire created along the coast of Tasmania, Sydney, Fremantle and Norfolk Island. The hardest British criminals were sent there, so the security measures were absolutely strict.

The town is remembered for being the scene of a terrible mass murder event in 1996. Port Arthur was abandoned as a prison in 1877 and, since then, Australians have tried to convert it into a tourist attraction, leaving the bad reputation of the place behind. The prison was put up for auction but it has gone into decadence as the years past. After the fires of 1895 and 1897 and earth tremors, the prison was totally destroyed and Port Arthur was developed as a tourist place for enjoyment.

Placed in the Central Highlands area of Tasmania, this park is the perfect option for nature lovers. There are many different walks through the park, from short circuits of 20 minutes like the Enchanted walk, to longer circuits of 6 days long.

The main attraction of this park is the autochthon flora and fauna. The most famous animal is the Tasmanian devil, but it is not the only one. Tasmanian tiger is also an example of the peculiar wildlife.

To see this cataract you must go to Launceston, a city in the north of Tasmania. In this place is the famous King’s Bridge-Cataract Walk, that goes along the north of the Cataract Gorge. It is also interesting that it has the longest single span chairlift in the world.

This is a place to take pleasure in, a place full of beauty, nice views, nature, green mountains and a beautiful river.

The Museum of Old & New Art

The museum was built as “the Moorilla Museum of Antiquities” by David Walsh, the owner of an art collection. It is located in Hobart and is the largest private museum in all of Australia, so the visit is worth it.
It closed in 2007 but then reopened in 2011 with a new name: The Museum of Old & New Art. It contains around 400 artistic works from antiquities to modern and contemporary art from David Walsh. 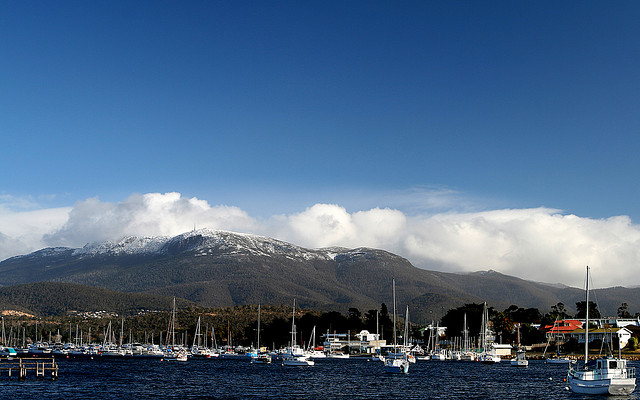 Nobody can leave Tasmania without seeing the fantastic views from the peak of Mount Wellington. The mountain is 1270 metres over Hobart, so it is the highest summit of the city. From the top you can see the entire city, the suburbs, Derwent Valley, Port Arthur and even to the southeast the forest if it is a clear day.
Snow is almost always present in the peak, which makes it nicer if it is possible. All of this makes Mount Wellington one of the most important and visited places in Hobart.

With the amount of things to see and the diversity in its people then a trip to Tasmania has to be on all our lists at some point in the future. It really is its own unique place to visit.