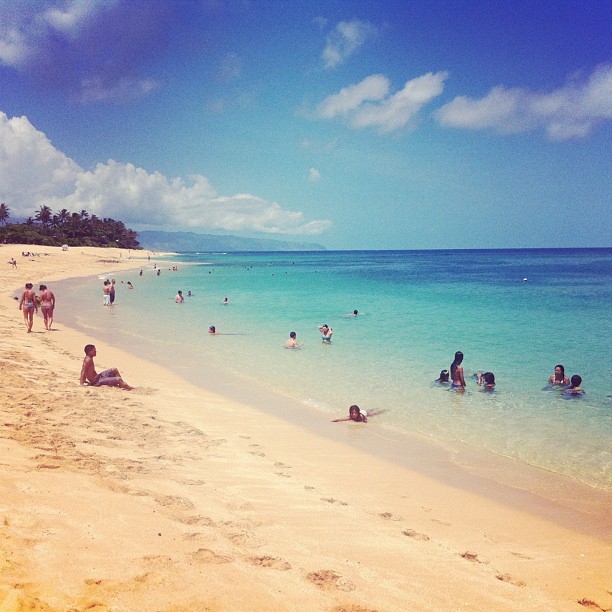 Today we took a roadtrip up to Sunset Beach on the North Shore of Oahu. It was one of our best days in Hawaii so far!

– calm (beyond the first breaker) in the Summer, and has warm water (not as warm as South East Asia but warm)

– a lifeguard (no reason to have one, but nice to have)

– just the right amount of other people

There is no shelter from the sun so when considering your packing list for Hawaii, think about ways to protect yourself from getting burnt e.g sun umbrella, sunhat, sarong, full strength suntan lotion.

I’ve said previously that one of the best things about Hawaii is that driving around the island takes no time.

We traveled the scenic route up the coast and it still took less than 90 minutes.

We left by 8.30am and the weather was gross on the drive up. We’ve passed Kualoa Ranch which is one of the places they did lots of filming of Lost. 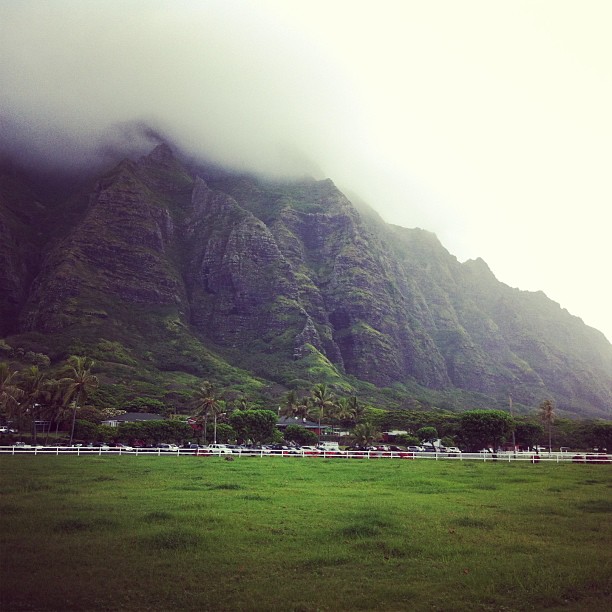 By the time we got up to the North Shore, the sun was out in a big way! 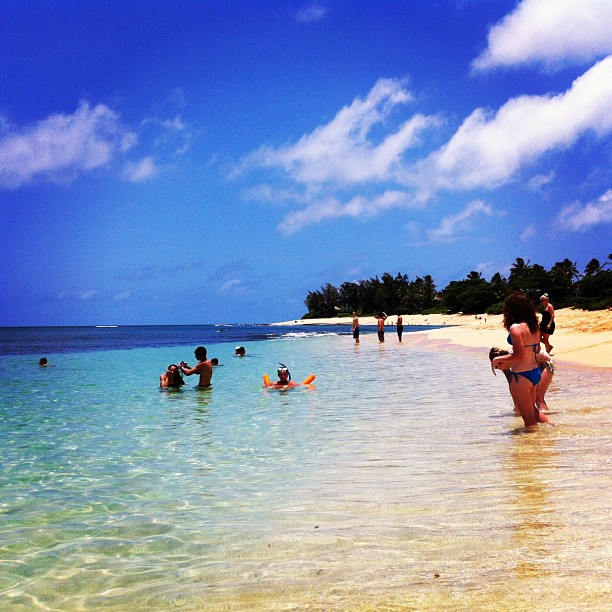 Several bus loads of Asian tourists arrived, jumped out of their bus and stood on the sidewalk taking photos of the beach. They didn’t even stand on the sand – they stood on the bloody sidewalk and then got back in the bus! 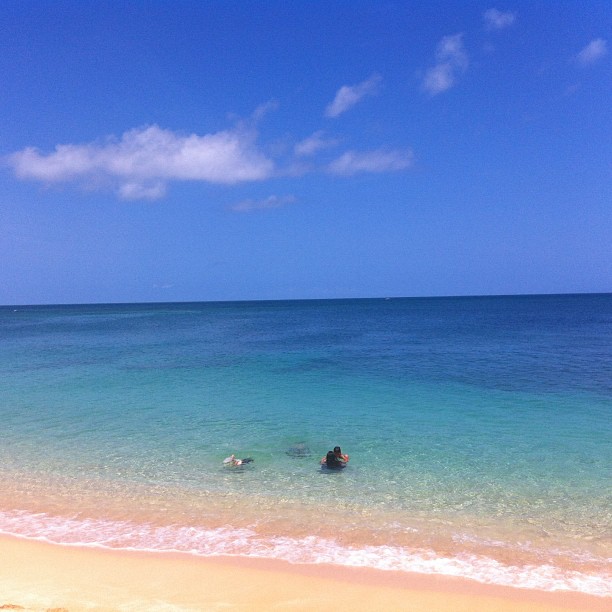 Just as we were leaving it went from brilliantly sunny to bucketing down and driving back to Honolulu was a bit stressful (only a little bit) due to all the rain and poor visibility. We drove over a few flooded bridges and the car didn’t like the water and started making a weird noise but then was fine. 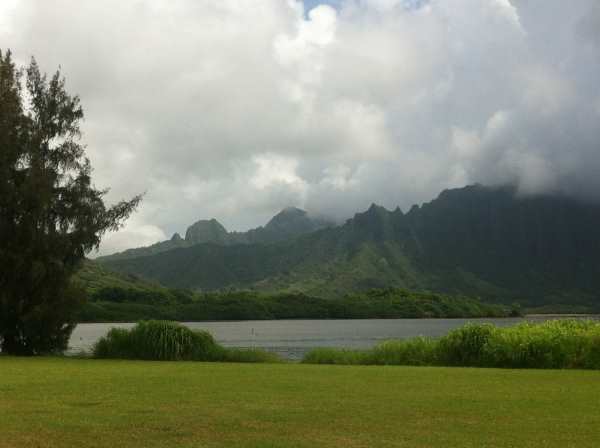