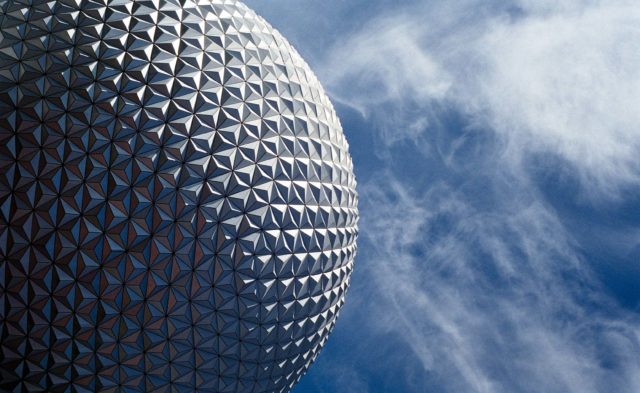 There’s no doubt about it Orlando Florida is an excitement capital of the world. It is the home of Walt Disney World and other amazing theme parks after all. That, combined with the fact that the waters of Florida’s Atlantic coast remain warm year round, makes it the ideal destination to bring the family. Your kids will love you for letting them spend their school holidays in Florida. The best school breaks to consider visiting Florida would be the Christmas holiday, the half term break and the Easter break. This is because the most consistently fine weather with pleasant temperatures is November through April. During the hot season (May-October) there is frequent rain combined with sunny parts of the day, and the average daily highs get into the low 30s. This sounds perfect until you add in Florida’s high humidity which makes it tough to be outside. Also June through November is hurricane season. You’d be unlucky to experience another Hurricane Irma like they did in September 2017 but some people might choose to avoid this period.

Walt Disney World Resort
Wow! This resort covers some 47 square miles and includes 4 major theme parks (Disney’s Magic Kingdom Park, Epcot Theme Park, Disney’s Hollywood Studios, and Disney’s Animal Kingdom) and 2 water parks (Disney’s Blizzard Beach and Typhoon Lagoon). As well as Disney Springs, one of the best places to dine in the evening is Epcot Theme Park which has restaurants showcasing cuisines from all over the world.

Universal Orlando Resort
Well you really are spoilt for choice! On this or your next vacation to Orlando you might choose to stay at the Universal Orlando resort. It has some of the most popular theme park attractions in Orlando, including The Wizarding World of Harry Potter. Universal also has a new water park called Universal’s Volcano Bay which opened in May 2017! When you feel like some retail therapy or a night out you’ll visit the resort’s CityWalk district with it’s impressive retail area, cafes, bars, restaurants, cinemas and nightclubs. The benefit of staying onsite is that you can get early (1 hour) entry to one theme park and a number of other attractions before the crowds hit.

Discovery Cove
Discovery Cove is an amusement park owned by SeaWorld Parks and Entertainment, who also own SeaWorld Orlando and Aquatica Orlando. It opened in 2000 c.f 1973 for SeaWorld and 2008 for Aquatica. I like the fact that it is modern and all-inclusive (free food and beverages, including alcohol for persons > 21 years) and doesn’t have Killer Whales like SeaWorld does. The price of admission does give you access to the other two SeaWorld theme parks if you wish to go, as well as Busch Gardens, Tampa. The use of lockers, loungers, wetsuits, towels and sunscreen are also included. If you which you can rent private cabanas.
It sounds like it is a very relaxing place. You can float along a heated tropical river past beaches and waterfalls in a tropical rainforest setting. In new addition in 2011 is the Grand Reef where you can snorkel with tropical fish. In the park you are surrounded by hundreds of exotic and tropical birds in an open aviary, and can swim alongside Sting Rays, Dolphins and Tiger Sharks at a safe distance. Aquatica has a South Pacific Theme and has lots of fun rides as does SeaWorld, while Discovery Cove concentrates on you having a heavenly tropical experience complete with wonderful wildlife interactions.

Photo by Ronald Yang on Unsplash

Previous Post: 4 Ways to Travel When You Have Filed Bankruptcy
Next Post: Affordable luxury and sophistication in Rome