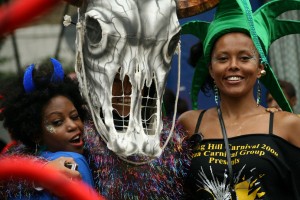 We are huge fans of checking what events are happening when you’re planning your travels. This especially applies when you’re visiting either of what I consider the world’s greatest travel cities – London or New York. Notting Hill Carnival is one event to hit if you’re visiting London in August (the perfect time to go, because the weather is at it’s warmest, which makes for happy Londoners).

No other carnival has quite the name recognition in the UK that the Notting Hill Carnival does, thanks in part to a certain movie featuring Hugh Grant and Julia Roberts, and also due to the explosion of colour and culture that descends upon London for two days, this year across the Bank Holiday weekend on August 25th and 26th. The British capital gets packed with revellers at this time, so put your card into good use by booking some quality accommodation from the likes of Hotel Direct for the duration of your stay London. If you’re flying in to enjoy the celebrations, it’s probably wise to save yourself some money by using one of Britain’s many budget airlines that fly to Stansted Airport. 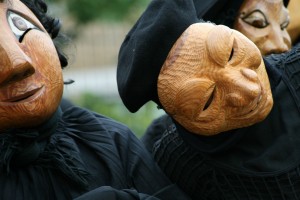 The largest street festival on the European continent, the Notting Hill Carnival traces its roots back to Caribbean carnivals from the early nineteenth century, which were used to celebrate the end of the slave trade, a business which the United Kingdom was part of. The carnival takes its inspiration from the islands of Trinidad and Tobago in particular, which are just over six miles from the coast of Venezuela and home of international pop star Nicki Minaj. The newly freed slaves took great joy in making fun of their former masters in the early day of the festival, often painting their faces white and parading around wearing mock-ups of the fashions that were popular among Europe’s upper classes in the nineteenth century.

The current incarnation of the Notting Hill Carnival has been held on the last Bank Holiday of August every year since 1966, with West London coming alive as residents and travellers alike come together and party on the streets. Caribbean culture takes centre stage, as the likes fried plantains are served up to folks taking their first dive into the region’s cuisine, or those wanting to scoff down a slice of home.

While the smells and tastes of the Notting Hill Carnival aren’t to be overlooked, perhaps the parts of the body that will get the most sensory overload at the carnival are the eyes and ears. Sequins adorn the bodies and hair of ladies marching in the procession wearing barely-there clothes, and the sound of steel drums echo through the streets as the marchers swivel their hips, gyrating through the streets and keeping to the beat. The musical stylings of the festival range from calypso, samba and soca to Latin jazz and drum and bass, with static sound systems being set up so that DJs can spin tracks and show of their scratching skills to the people packing the streets.

The British weather may not lend itself well to partying, but for those who participate in and flock to see Europe’s largest street festival, that doesn’t matter. The Notting Hill Carnival may trace its roots back to darker days in British history, but now it’s a celebration filled with colour, culture and community, having well and truly shimmied and shaken its way into the collective heart of the capital.