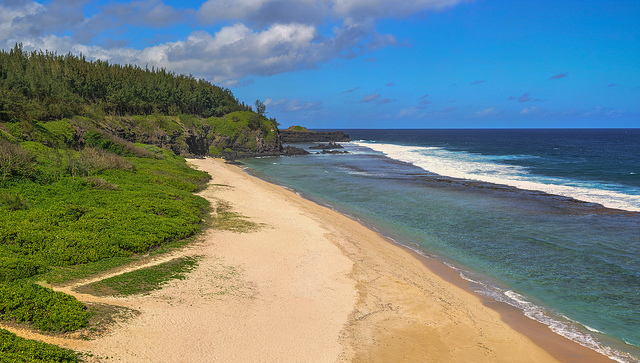 A great thing to do when planning a trip is to Google to find out if any local events or festivals are going to be happening while you’re there (when visiting cities we also like to check out if there will be any visiting musicals or concerts we want to go to e.g., Pink, Beyonce, or touring Broadway-type shows).

I’ve long been fascinated by Mauritius, Reunion and the Seychelles, which are located in the Indian Ocean, about 2000km off the coast of Africa. I’ve had the Lonely Planet guide out from the library at least 3 times!

All three island groups have amazing beaches. Mauritius has by far the largest population at around 1 million people. Because of this it offers the opportunity to experience local culture beyond what’s focused on tourism.

How to Get There

Mauritius, Reunion and the Seychelles are a long way from anywhere – that’s a massive part of their appeal!

Mauritius has a number of annual public holidays and these reflect the melting pot of different religious and ethic cultures present on the island (these include Hindu, Chinese, Muslim and Christian).

Thaipusam Cavadee is a Hindu festival that occurs in late January or early February, depending on the year. It’s celebrated by people with Tamil origins (it’s also celebrated in Malaysia, India, Sri Lanka, and Fiji). It’s essentially a purification festival involving cleansing, fasting, and for some participants, body piercing. The mythology behind the festival is quite complex. It relates to when a group were losing battles and prayed to Shiva for help. When they surrendered themselves to Shiva he responded by creating a mighty warrior leader called Skanda who helped them to defeat opposing forces. The modern festival involves showing devotion in the hope of receiving help for the obstacles one faces and for the banishment of evil. Vegetarian food is eaten as part of the festival.

Due to the Chinese population, Chinese New Year is also celebrated in Mauritius. In 2014, it falls on January 31st. Chinese New Year is a spring festival. There is abundant food, cake, and fireworks. Although the fireworks are related to keeping evil spirits away, the general tone of the festival is upbeat and one of celebration, rather than of purification or penance. Red, the color of fire, is the dominant color of the festival. For example, children receive money in red envelopes, decorations are red, and people wear red clothing. In total it’s a 15 day festival and the final night of the festival there is a lantern event.

What’s happening in Mauritius in February

Three of Mauritius’ public holidays typically fall in February. The abolition of slavery is celebrated on February 1st. As previously mentioned, Thaipoosam Cavadee occurs in late January or February depending on the year. Maha Shivaratree is celebrated toward the end of February. Maha Shivaratree is a Hindu Festival dedicated to Lord Shiva in which local Hindus make a pilgrimage to cleanse themselves in Grand Bassin, a lake which is considered sacred in Mauritius.

If you’re still in town in March, Mauritius’ Independence Day is March 12th.