Many cities are said to have two sides, but Malaga is both ancient and modern, cultural destination and energetic port city. With the number of museums that have sprung up over the past decade, along with historical monuments of every style and period, Malaga is no longer simply passed by in favour of nearby Seville or Grenada. As the more grown-up, sophisticated cousin of Costa del Sol resorts like Torremolinos, Malaga also has one of the best social scenes on the coast. 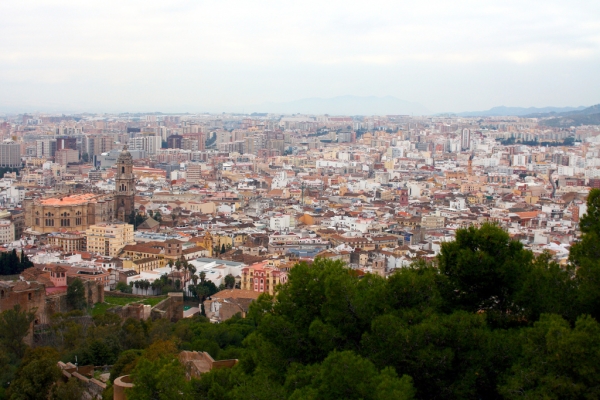 The star of the show here has to be the Picasso Museum, opened only a decade ago but forming a key part of the city’s culture. In fact, Malaga has more than 30 museums, more than any other Andalusian city and they span both contemporary arts and prestigious heritage. Try the Archaeology Museum for a glimpse of the Roman and Moorish settlers who once lived here, or have fun sampling the local vintages at the Wine Museum.

As far as monuments go, you can choose between Roman amphitheatres, elegant Spanish townhouses and the mighty Alcazaba, a relic from Moorish times. Malaga Cathedral is a sight worth seeing, known as ‘the One-Armed Lady’ because of its unfinished southern tower, and the city’s botanic garden, La Concepcion, is rated as one of the best on the continent.

The food is also one of the main attractions here, and fans of tapas and red wine will be in heaven at the choices available. Dine at the beachfront, in the chic plazas and cosy bars for classic Andalusian eats, with a surprising number of vegan food stores and restaurants located near the main tourist areas. When night-time comes, treat yourself to a flamenco performance in one of the bars near the historic Plaza de la Merced.

Of course, it wouldn’t be the Costa del Sol if you didn’t spend at least a few days on the beach, and the local area has some stunning shores. La Caleta and Malagueta are where you’ll find the crowds, Guadalmar hosts golfers and high society (as well as boasting a nudist zone) and Las Acacias is more popular with families. You may want to travel out of the city past Benalmadena for some chill-out time at beaches like Tajo de la Saga.

Getting around Malaga as an independent traveler is probably easiest on foot or by bicycle, useful if you do want to discover the quieter parts of the coast. Then there are the bike taxis or Trixis, a low-cost and eco-friendly mode of transport that lets you sit back and enjoy the view. Public transport is generally of a good standard, with the city’s upcoming Metro system something to look out for.

So whether you want to spend your time digging up the city’s past, stretching your spending budget at the shops or at a street café with a Sea Breeze in hand, the Costa del Sol’s unofficial capital can offer it all. With tourist hot-picks like the Alhambra only a couple of hours away, Malaga makes a good base, as well as being a fully-fledged attraction in its own right.