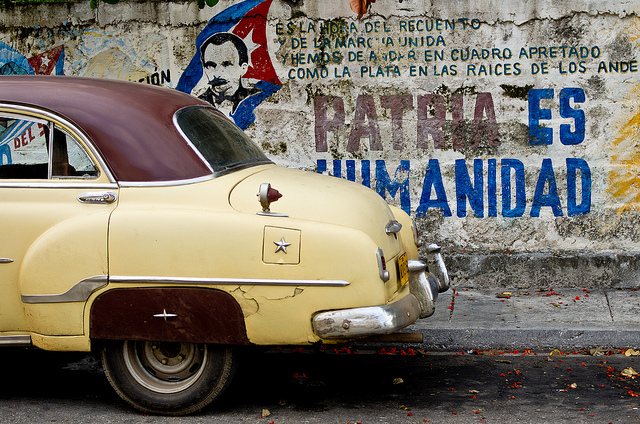 The Republic of Cuba is a state in northern Central America, situated on the largest island of the Antilles, located at the confluence of the Caribbean Sea, the Gulf of Mexico and Atlantic Ocean.

Cuba occupies the entire island and other islands nearby (such as Isla de la Juventud, also known as the Isle of Pines).

Local Time: GMT -5 ( GMT -4 from the second Sunday in March to the last Sunday in October).

Climate: temperate and sub- tropical breeze that protects nature of heat and humidity. There are large variations in temperature between day and night and the average water temperature is 25°C.

Rainy season ( May to October ) is also the hurricane season , but most of these natural phenomena occur mainly between August and October. Average temperatures in summer are located around 27°C, with an air humidity of 80 %. In winter the temperature is around 20°C.

Language: Spanish is officially the language but English is the most spoken language in the main objectives and resorts .

Currency: The official currency is the Cuban peso ( CUP ) divided into 100 centavos coin but “tourist currency” is the convertible peso (CUC ), which replaces the U.S. dollar in places like hotels, restaurants and so-called ” dollar shops” . The U.S. dollar is not accepted as a payment currency and the change thereof shall be charged at 10%. The convertible Peso (CUC ) has about the same amount of U.S. currency. Some places will only accept CUC or CUP.

!Important – You can’t use US issued credit or debit cards in Cuba, or any type of Amex cards.

Communications : There is very little internet access in Cuba.

Cuba’s capital, Havana, contains many museums, cathedrals and markets. It’s interesting because of it’s “step back in time” quality, and the mixture of Spanish, American, African and Native Americans cultural influences. Whether you’re getting around on a Chinese bicycle, a Lada taxi that’s been on the streets of the capital for a half century, a Cadillac from the 60s, or walking, Havana has lots of hidden surprises. You’ll experience narrow streets of cobblestone covered, small markets, hidden, but you cannot miss them, and colorful buildings. The sounds and smells of Havana include the rhythms of drums and guitar, the fragrance local dishes and, of course, the unmistakable aroma of hand rolled cigars.

Varadero is Cuba’s biggest beach destination. It gets a million foreign visitors a year. It’s about 2 hours by bus from Havana. Both destinations are in the North West of Cuba, on the Coast. People looking for a beach resort type trip often go to Valadero. It’s a good option if you’re mainly looking to relax on the beach.

Beyond the big two.

Cuba can be intimating to independent travels due to the lack of internet access. However there is a huge amount to see in Cuba beyond Havana and Valdero. It’s even becoming popular as an independent bike touring destination, helped by it’s good weather.