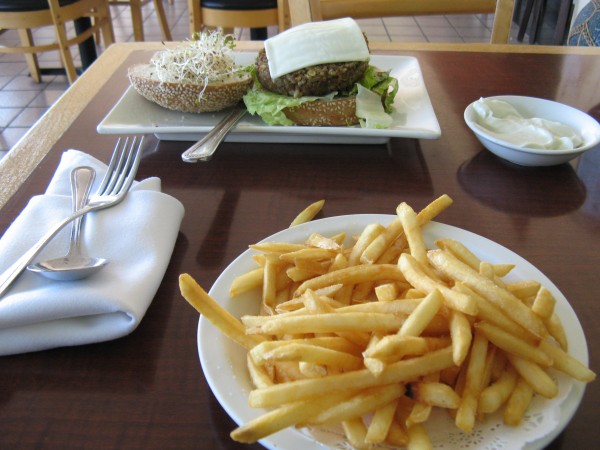 Vegans will often be too polite to mention things they feel uncomfortable with, but if you’re looking to make a vegan guest comfortable then here are some basics.

Give your guest a feather free duvet and pillows.

Lathering in beef tallow doesn’t appeal to vegans. They likely will bring their own soap but in case they forget, why not leave a vegetable based soap with their towel on their pillow. You can buy vegan soap at virtually any supermarket. Look for vegetable glycerin on the label.

Even liquid soaps are sometimes not vegan friendly.

3. Invite them to store food in the fridge and prepare their own food.

It’s understandable that people who aren’t vegans aren’t familiar with cooking vegan. Save yourself the stress and ask your guest if they’re prefer to bring their own food and cook for themselves.

If you are worried this might come off as inhospitable, don’t. Your guest could very well prefer this option. The last thing a vegan wants is their host to feel stressed about cooking for them.

It can also be a bit stressful for vegans to worry about whether the food they’ll be served meets their vegan standards (e.g., some people think vegans eat honey and make mistakes like this in cooking for vegans).

If you’re curious about vegan food, asking your vegan guest if they’d like to cook for you during their stay is completely acceptable! This is likely to help your vegan guest feel better about their fussiness so if this is something you’d like, communicate it.

If you want something super easy that a vegan will love, berries are a great option. For example, if you want to offer a vegan a snack or as a no effort vegan dessert option.

Be aware that wine and beer aren’t always vegan e.g., fish byproducts are used in the filtering. So, if you’re planning on serving wine or beer, make sure it’s vegan. Again, it’s fine to ask your guest if there are any vegan wines or beers they like. Don’t worry yourself about researching this topic – it’s better to just ask your guest.