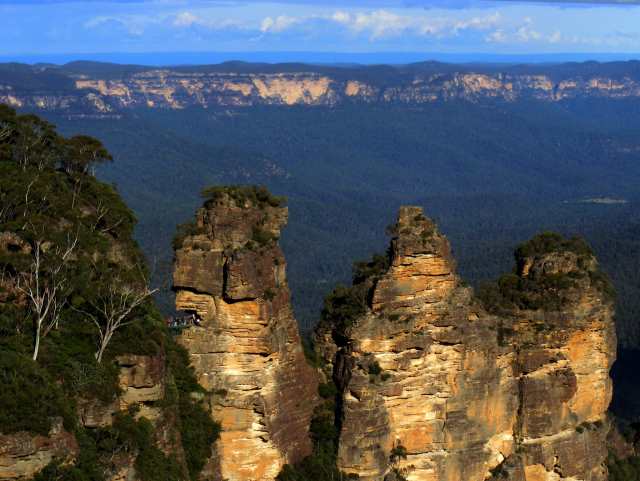 In our humble opinion, Sydney is one of the world’s best cities. The weather is nice for much of the year, there is a lot going on, and it has some of the best city beaches in the world.

Public transportation in Sydney is decent for tourists who just want to get around the city. However, if you want to explore the region then a rental car is in order.

Australia’s most well known travel bloggers, YtravelBlog, have an awesome roundup of the amazing beaches South of Sydney. There are even some camping options, so why not throw a tent in the back of that rental car for a truly classic Aussie experience. Pack an “esky” – the Aussie word for cooler, and also known as a “chilly bin” in New Zealand :-)

Sydney is surrounded by the Hunter Valley wine region, which is around 120km North of Sydney. Aussies and Kiwis love winery tours. Although many people think of other areas of Australia first when they think wine tours, there are plenty of options in the Hunter Valley.

The official Hunter Valley visitor info site has a list of which wineries offer tours, and which are available as walk-in vs. by prior arrangement.

Wine tours are offered at very low cost – usually only around $10 and will usually include some samples, however buying at least some wine is customary, in order to cover the true costs of running the tours.

Blue Mountains National Park is one of the most well known in Australia (due to it’s proximity to Sydney) and has spectacular views from lookouts such as Echo’s Point, Breakfast Point and Evan’s Lookout . If you’re wanting to stay active on your trip, then it offers opportunities for short hikes. There are also some camping options if you are a super outdoorsy type, or just need a break from the hustle and bustle of Sydney city. There are 140km of trails within the park so lots to keep you occupied, even if you are making multiple return visits. You can also do the “Greater Blue Mountains Drive” if you’re up for a longer 1200km journey.

The Blue Mountains get their name from the blue haze created by the oils within the leaves of the Eucalyptus forest below. They are only 50km West of Sydney via the Western Motorway. Check if there are any closures due to fires before you visit. We’d also not recommend hiking in Sydney in the height of summer due to the extreme heat.

Photo Credit: Andrew Fysh under Creative Commons License. View of the The Three Sisters from Echo Point, The Blue Mountains.

Previous Post: Buying A Car For Your US West Coast Road Trip ? Maybe Not From Las Vegas !!
Next Post: Travel Planning for Your Parents