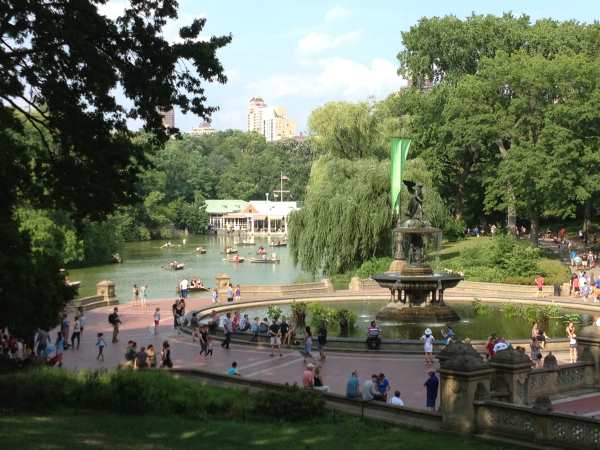 Here are some recommended gay and lesbian focused activities for couples visiting NYC.

There is no better place than NYC to get married in my opinion!

Without being resident of NYC (or even of the US), you can get a marriage license for $25, and marry 24 hours after getting the license (weekdays). Getting married at the clerk’s office costs an additional $35. The clerk’s office ceremonies are extremely short but still nice.

Tip: If you want to get a license, go to the clerk’s office early in the day – it opens at 8.30am. Later in the day expect you might need to wait up to 3 hours. If you’re not an early riser, avoid getting your license on a Thursday or Friday since people in town for weekend weddings typically get their license on these days.

You won’t be able to view a ceremony without asking a couple if you can watch their’s (It’s NYC so you can ask!). However, you can go to see a lot of gay couples waiting for their ceremonies. This is an extremely heartwarming and emotional sight. It seems like about half of the couples getting married are gay couples. Many are dressed up in cool, traditional-with-a-twist wedding outfits and accompanied by excited friends and family.

Law and Order SVU often film on the courthouse steps opposite the clerk’s office, so don’t be surprised if you run into filming. We ran into the main cast and Cybil Shepherd who was guest staring. 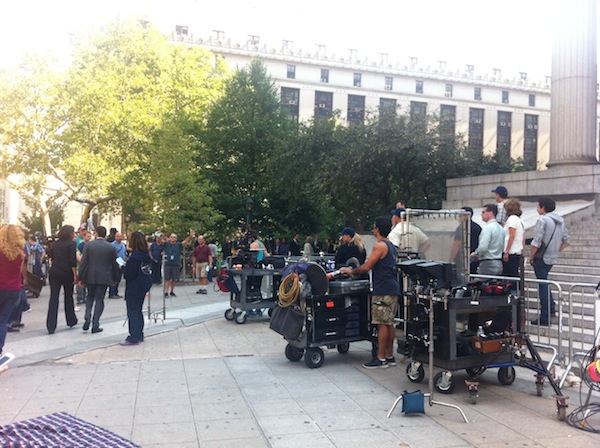 2. Tour historical sights that have been part of the gay civil rights movement.

For example, Stonewall bar in Greenwich Village is considered to be the birthplace of the Gay Liberation movement in NYC due to famous Stonewall Rebellion of 1969. The NYT has a suggested walking tour of “The Village.”

You can also take numerous guided gay history themed walking tours. Just Google and find one that suits your preferences, schedule, and budget.

– You can walk arm in arm anywhere in central Manhattan and no one will bat an eyelid about you being a same sex couple. We especially love walking along 9th Avenue in Midtown West (aka “Hell’s Kitchen,” just West of Times Square). Expect to find yourselves walking among lots of other gay couples also out strolling. Since it’s the heart of the theater district, a lot of the people you’ll see work on Broadway. 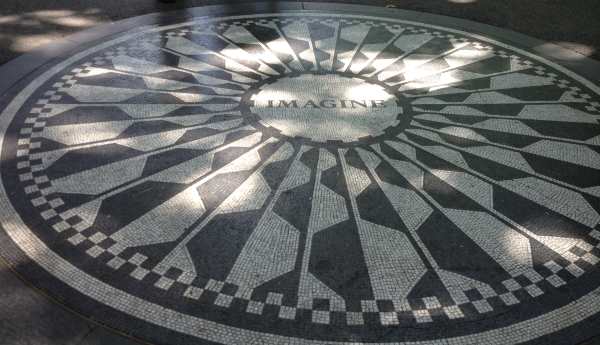 – Central Park absolutely lives up to all the hype in terms of a romantic destination. It’s not gay-specific but I can’t help mention it. There’s a big sense of freedom and equality about the park. There’s also some sadness due John Lennon having been killed right by the edge of the park. See our comprehensive photo guide to the best of Central Park. If you’re traveling with your kids, also see our guide to the best attractions for kids in Central Park.

The theater community is extremely supportive of the gay community. Gay themed theater on Broadway in the last few years has included an acclaimed production of Angels in America, and this year “The Nance.” Broadway eye candy is some of the best! Broadway has a sense of giving people the opportunity to earn a living from their passions outside typical gender norms.

For food before or after your show, go to 9th avenue (Zen Palate is a vegan option that has a popular lunch special). The streets in the 40s between 8th and 9th have hidden gems at varied price points from classy to quick and dirty e.g., Rancho Burritos, a cheap Mexican place loved by friends of ours on 45th between 8th and 9th. 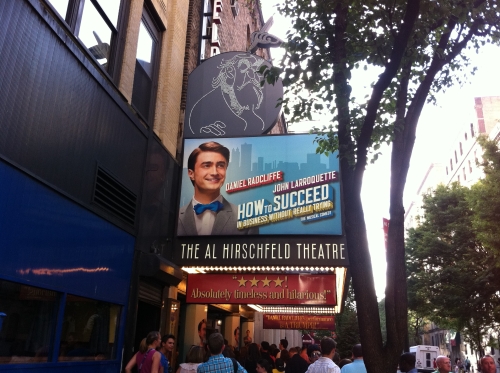 5. Enjoy staying in a nice hotel without ever having eyebrows raised.

We like to splurge on nice hotels from time to time. It’s deflating to do this and then get put into a twin bed room, despite having booked a king! This will not happen in NYC.

If you’re in town in late June, you can go to the gay pride festivities and parties. Gay friendly stars such as Cher and Lady Gaga perform at the parties. If you want to attend the parties, get your tickets early (from their website).

For non-vegans, anytime of year you can check out the Big Gay Icecream Truck. They now have a storefront too. 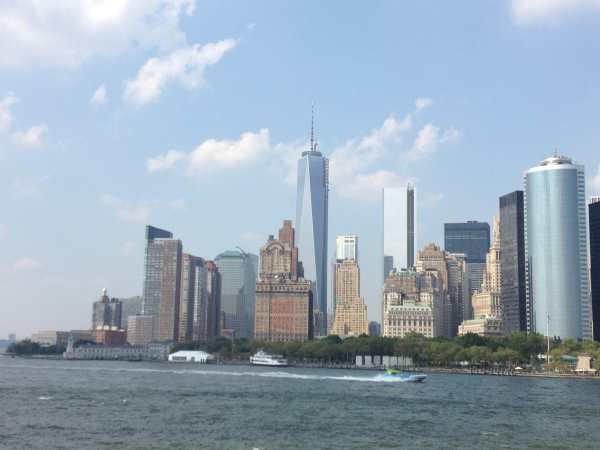 Previous Post: Spain has more Culture than we give it credit for
Next Post: Top Sights to See When Touring Australia