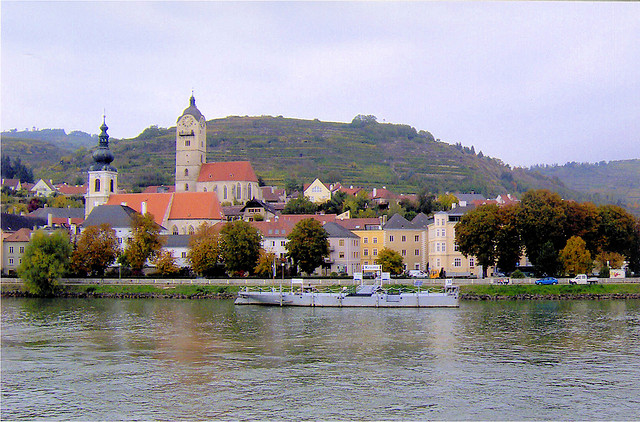 Known as the second largest river in Europe, the Danube passes through several European countries and cities, each of which has its own history and tourist attractions. Here are some of the places you can visit, whether you are planning a cruise, going on a road trip, or simply flying to a particular city.

Nuremberg is a large German city of around 500 000 inhabitants, which blends history together with modern appeal.

However, despite its size, it is easy to find your way through the city, by either opting for walking and individual tours, or picking up a free copy of the Nuremberg city guide from the city’s official website.

Nuremberg is known for its cultural activities, and depending on when you decide to travel to this city, you can attend music festivals, open air summer concerts, and even opera and ballet performances at the State Theatre. Children will also enjoy visiting the zoo, while adventurous tourists can go hiking or even surf in the Franconian Lake District nearby. While you can enjoy a variety of activities in the winter, it is mostly recommended that you travel to Nuremberg during the summer, especially if you want to attend outdoor festivals and practice water sports.

Hungary’s capital is easily accessible by land or air, and its low price range makes it an attractive destination for tourists visiting Eastern Europe. Budapest is home to several UNESCO World Heritage Sites, such as the Buda Castle Quarter and Heroes’ Square. The Danube is also an integral part of the city, especially due to the numerous bridges which link the city’s two main areas, Buda and Pesta. There are various stories behind every bridge, so it is advisable to research them beforehand, or try and find a guided tour. Besides these sights, you can also visit Fisherman’s Bastion on Castle Hill, where you can admire and take pictures of the whole city. The weather is generally pleasant year-round, so you can visit Budapest whenever it suits you. Summer isn’t unbearably hot, and winter isn’t terribly cold since there is no mountainous region surrounding the city. 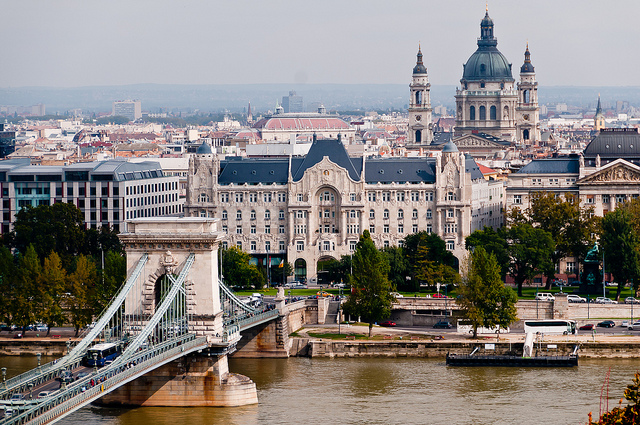 Known to the world as the city of music, Austria’s capital certainly has more to offer than that. Tourists are encouraged to visit the city’s main attractions, such as the Hofburg Imperial Palace, the Opera Hall, Schonnbrun Palace, and dozens of other castles and palaces. It is very cheap to get around the city via its fast public transport, whether you are travelling during the winter or the summer. You can also spend hours walking from one tourist attraction to the other, especially since many of them are located within small distance of each other. The city is also a popular destination during Christmas and Easter, with various churches scattered around the city for people to visit. Children will also have the opportunity to visit Vienna’s Zoo, and the Prater amusement park. Some of these attractions might take a long time to visit, so make sure you start early in the morning if you want to save time.

Bratislava is the capital of Slovakia, and it is another famous city which is situated by the Danube. It is a place rich in history, with sights such as the Holocaust Memorial, the Museum of Jewish Culture, and the Mirabach Castle, and smaller museums such as the Museum of Clocks or the Pharmacy Museum. Once again, this city is a place which can be visited year round, especially since it is known for hosting various concerts and festivals throughout the year, such as theatre, ballet, and opera performances, but also the Bratislava International Film Festival (late November – early December), Bratislava Jazz Days (November), and Viva Musica Festival (early Summer). In addition to this, Bratislava is also a popular New Years destination. There is a free New Years party hosted each ear by the city, which includes live music and other forms of entertainment.

Melk is a small Austrian town of about five thousand inhabitants, and a suitable location for everyone who wants to enjoy peace and quiet. This old town is known for its Benedictine monastery, Melk Abbey, which is in turn known for serving as the inspiration for the famous historical / murder / mystery novel The Name of the Rose. However, there is nothing menacing about this monastery overlooking the Danube. In fact, it comprises a vast collection of medieval manuscripts, and several tombs of the first dynasty which ruled Austria, the House of Babenberg. There are many other historic buildings in Melk, most of which date from the 15th century. While this town lacks the vibrant night life of large cities, it is charming in many other ways. 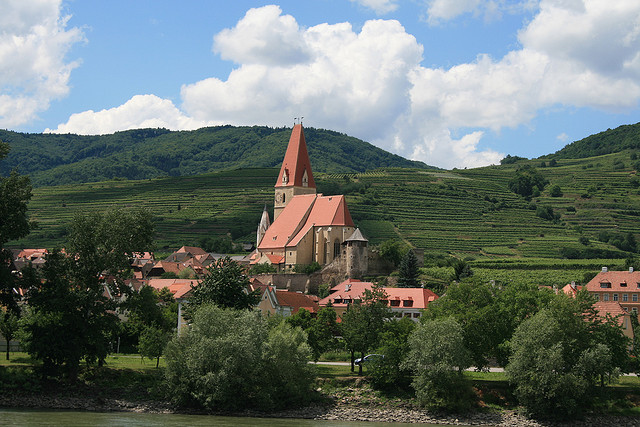 Destinations like Budapest and Vienna are well-served by Europe’s budget airlines. It almost goes without saying that by train is a great way to see Europe. If you want to go at your own pace, consider car hire or if you want super luxury try river cruises on the Danube.

The Danube region is extensive. There are many other places, big and small, not in our overview above that are worth visiting. If you’ve been thinking of Europe mainly in terms of London, Paris and other destinations in Western Europe then hopefully this post has encouraged you to think a bit outside that.