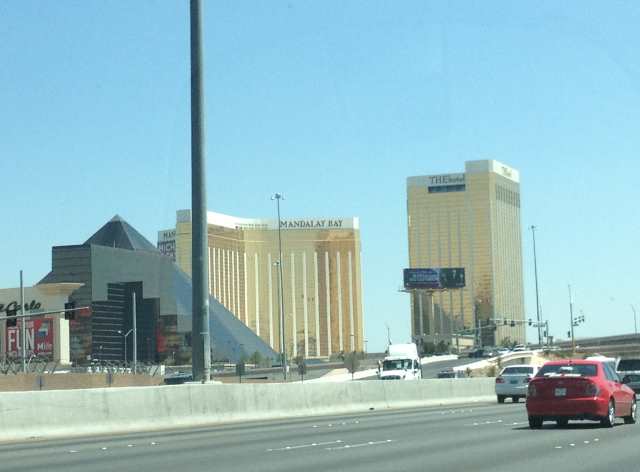 A U.S West Coast road trip is the dream vacation for many people visiting the States. There is so much to see: the Californian and Oregon coastlines, national parks such as Yosemite, Redwood and Death Valley, the Grand Canyon, the list is endless. An extensive road trip could extend to one to 6 months so you might choose to buy a car and sell it again when you finish your tour, rather than forking out for a rental car.

We have been here in Las Vegas for 2 months now and have liked it so much we’ve decided to make it our base for exploring the US west coast. After renting a car for a several weeks when we first got here we decided to buy a used car. Kate had a US drivers’ license and I had my New Zealand driver’s license. We had to phone around a number of insurance companies before we found one, the AAA, that would cover us both. Even then I had to agree to get a US license within 30 days of the policy starting. Requirements for car registration and insurance differ from state to state, and I think they all require you to have some form of US address so do some research before embarking on buying a car in the US.

The following is a cautionary tale. I love Las Vegas but when it comes to buying a car, it certainly lives up to it’s reputation as “Sin City”.

It turns out that Las Vegas is a relatively expensive place to buy a used car. It costs more to buy a used car here than it does in our home country of New Zealand, which is surprising considering NZ lies at the ends of the earth! :-)

We looked on Craigslist and on the websites of several licensed car dealerships. Dealerships were more expensive than buying from “private car owners” so we decided to get something off Craigslist.

But here’s the rub. On Craiglist sellers are asked to be honest and state if they are dealers or private owners. In order to come across as being more genuine and honest most unlicensed dealers lie about this and advertise themselves as private owners. We wanted a safe car with under 120,000 miles on the clock and a good crash test record. Initially we were planning to spend under $4000 but we soon realized that to get a car under 10 years old that was under 120,000 miles, we’d have to spend around US$6000-7000. Virtually every “private owner” we phoned turned out to be an unlicensed dealer. 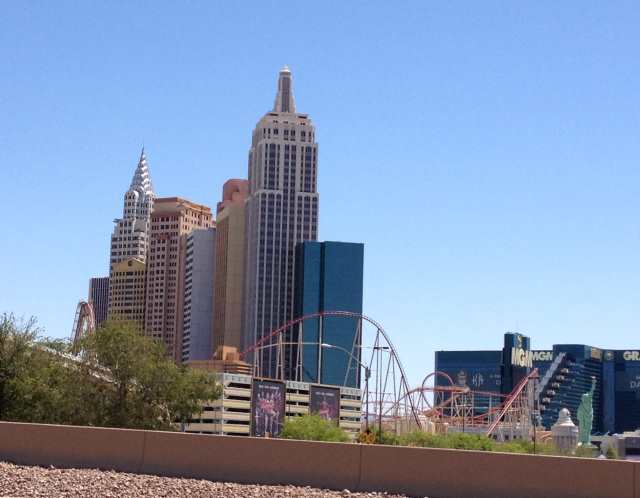 We found a 2005 Honda Accord that we liked and went for 2 test drives with the seller. He told us that the car had a clean title and showed us a print out of the Carfax report. He also told us that he had owned the car for 2.5 years and he’d had it checked out by his own car mechanic before advertising it. We looked at the Kelley Blue Book and established that $6500 was a fair price for the 115,000 miles it had done. Ever the cautious types we wanted to determine that the seller was a genuine private owner. We took another look at Craigslist and noticed multiple car ads that were obviously written by him. He had use the same phrasing and the ads had the same phone number. We should have walked away from the deal at that point but we liked the car and decided to continue. We challenged him about his lies and he admitted to being an unlicensed dealer. It turned out that he’d only owned the car for a week!

We were aware that the state of Nevada has no “No Lemon Law” for used cars. That is, as soon as you buy the car there are no comebacks on anything that goes wrong with it. We got the seller to sign a hand written warranty for any major mechanical or electric problems that arose within 30 days of us buying the car. We forwent getting our own mechanical checkup of the car because we had this warranty – something we now regret.

During our two test drives we barely noticed the tiny red airbag sign that was lit up on the dash. We naively thought this meant that the airbag was working, not the opposite. On the first day we owned the car we realized that this was a serious fault. It quickly became obvious that the car must have been in an accident where the front airbag was deployed. The airbag had been replaced but the airbag module was faulty. This accident can’t have been reported to the insurance company as the title was indeed clean. To his credit the seller agreed to pay for it to be repaired. However 5 weeks and 5 visits later, and a total of 12 hours waiting at the mechanic’s garage (as we don’t have any other transport) it is still not fixed. Twice now the mechanic has taken off the dashboard and put in a second-hand airbag module that the seller has bought from a wreckers and twice they haven’y worked. Meanwhile we have been driving around in a car without a working driver’s seat airbag for the last 5 weeks!

Learn from our mistakes!

– Be aware that many people claiming to be private owners are in fact unlicensed dealers.

– Don’t trust a Carfax report. Many people pay for repairs out of their own pocket and don’t file an insurance claim so it doesn’t go on the car’s record.

– Know the “Lemon laws” in the state you are buying a car. Some US states like Massachusetts have very good protections whereas others like Nevada do not.
– If the state you’re buying in does not have a good “lemon law” then get the seller to sign a 30 day warranty like we did.

– Get the car checked by an independent mechanic before buying it.

Footnote: Finally, as of this am the faulty airbag module has been replaced with one that works BUT we ended up getting it done at a Honda Workshop and pay hundreds of $$. Anyway the airbag light is off and hopefully we have a safe car. What a saga!