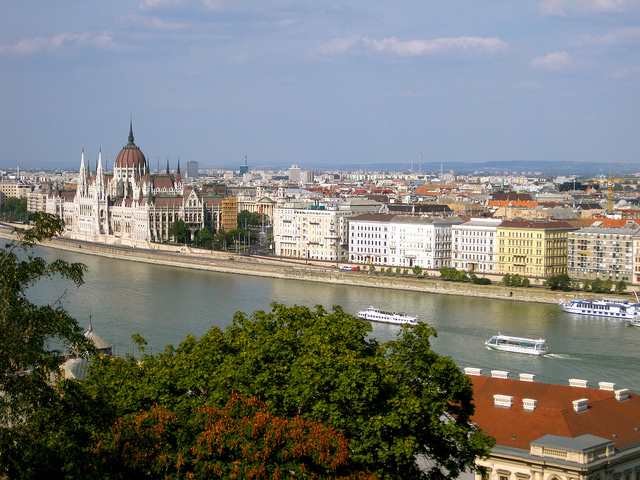 Somehow, Budapest has never come onto the city-break radar. It’s well known in the traveller and backpacking community, of course, but perhaps the lack of exposure in the mass market is why the Hungarian capital remains so under-appreciated.

It feels like there’s a misunderstanding with Budapest – when talking to people back home, not much is understood about the city, the importance it holds in architecture, food and culture, and what exactly you can do there. This is such a shame, as Budapest is so well equipped for the backpacker and the city-break traveller alike.

If you’re keen to see Budapest’s cultural scene, a trip to the Budapest Operetta Theatre should be on your agenda. The tours take you around the incredible theatre showing you all the nooks and crannies, and you can pay a little extra to experience the traditional Viennese operetta style of singing at the end. The theatre
also puts on a regular calendar of events, so you might be able to catch a complete show depending on when you visit.

Something that Budapest is not short on is castles and palaces. This is no less true than with Buda Castle, which in the centre of what is known as the Castle District.

The area is also part of the Budapest UNESCO World Heritage Site – and even on getting out of a taxi in the centre of the city it couldn’t be clearer to see why.

The architecture of the Buda Castle really is something that as to be seen to be believed. It hasn’t been a pain-free existence for the castle, with parts severely damaged in WWII. Inside, you’ll find a plethora of museums and exhibits, but the main star of the show is the view of Budapest across the Danube – that’s something you cannot put a value on.

Whilst you’re by the river, you could take a leisurely cruise down the Danube. This is possibly one of the most iconic parts of Hungary, and is easily recognizable from many films. It’s a great way of seeing the melding of cultures whilst viewing it all from the water, and you’ll be left with an overriding impression of how talented those that built the spectacular buildings really must have been.

Budapest is a city that’s so very shaped by its history – and not all of it has been pleasant. This is why the Holocaust Memorial Centre should be on every itinerary – it’s important to understand what the city and its people have been through in order to appreciate what remains today. The centre sits in a renovated synagogue, and comprises a memorial and a museum.

As for hotels, all ends of the spectrum are represented in Budapest. Yes, you have the hostels with seemingly endless rows of dormitory beds, but in a city like this it feels only right to stay somewhere that matches the overall grandeur of the place.

Budapest may be unknown to many – but that will not last forever. Everything that’s on offer here – the food, the culture and the landscape – finds a place in the hearts of its visitors, and it won’t be long before that love goes global.