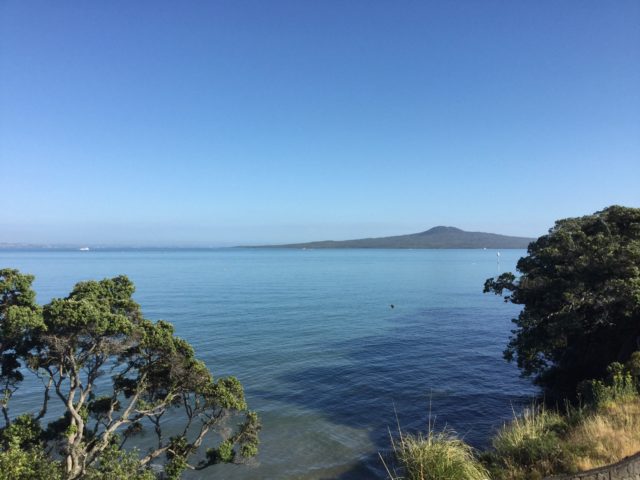 DISCLAIMER: I was born and raised in New Zealand and I think NZ is one of the best countries in the world to live in and/or visit. I take great pleasure in expounding it’s beauty and virtues to anyone who will listen :-)

New Zealand is currently one of the world’s hot, must-see travel destinations, and for good reason. Situated down in the South Pacific Ocean, far from the madding crowds of Europe and North America, it has many attributes that attract the modern traveler. New Zealand is famous for its varied and stunning landscapes, from lush pasture land, to native forests, to snow-topped mountains and glacier-fed lakes, to golden sand beaches lined with Pohutukawa trees. With a population of only 4.6 million people NZ has a laid back, relaxed and friendly vibe which locals and visitors love.

Being an island nation, the country is surrounded by water and has nearly 16,000 kilometres of stunningly beautiful coastline. Sailing enthusiasts from around the world are drawn to New Zealand to experience this. The Bay of Islands in Northland has a semi-tropical climate and some 144 islands to explore. Auckland’s Hauraki Gulf, and the Marlborough Sounds at the top of of the South Island, are also dotted with many beautiful islands and are cruising spots not to be missed. Milford Sound (Fiordland) on the South Island’s west coast must be one of the most unique sailing destinations on the globe. Mountains rise from the deep fiord, waterfalls spill over cliffs of granite, fur seals and penguins sun themselves on large rocks as you sail by, and dolphins frolic in your wake. Sailing charters and tours are available in all these locations or you can sail there independently if you have your own yacht.

Auckland is New Zealand’s largest city (population 1.5 million) and is the gateway to the country for most overseas visitors. Part of the Hauraki Gulf, Auckland’s Waitemata Harbour would have to be one of the world’s most beautiful harbours, ranking right up there alongside Sydney, Australia. It is known as “the city of sails” for good reason, as Aucklanders love to get out on the water in their yachts, fishing boats and other pleasure craft. There’s usually a bit of breeze about on the harbor, and other popular water activities like windsurfing and kitesurfing (e.g at St Heliers Beach) are also popular. 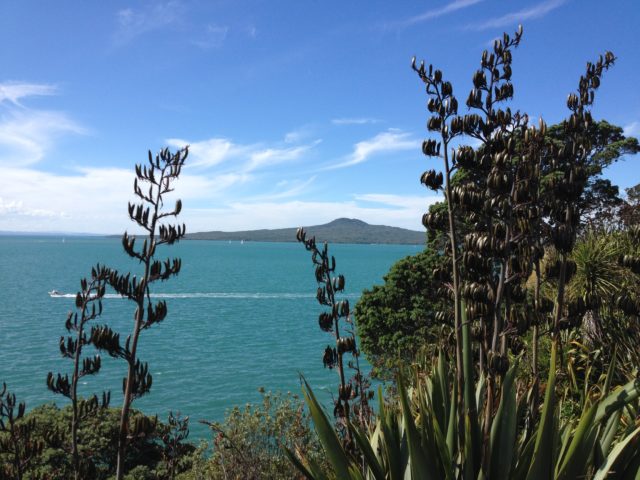 The harbor is protected by a string islands, about ten in total. The most iconic and striking of them all is Rangitoto Island, which was formed by a volcanic eruption some 600 years ago and has a beautiful symmetrical cone. Auckland has many small hills formed by volcanic activity and Rangitoto is the youngest. The island made up of aerated scoria rock spewed forth by the violent volcanic eruption and is covered by Pohutukawa forest. A popular day or half-day excursion for tourists and locals alike is to visit Rangitoto by ferry. Plan to spend 4-5 hours on the island. A popular walk is to hike up to the summit which is 260 metres above sea-level and takes about 2 hours return, or you can take a 4WD road-train tour. Hiking can be thirsty work so bring drinking water as well as good walking shoes. Approx.15 mins from the summit is a short excursion to some lava tunnel and caves which are fun to explore with a torch.

Other islands that are popular to visit are Waiheke Island which has some nice wineries and beaches (Oneroa is the best), and Tiritiri Matangi which is a wildlife sanctuary for native birds. If you’re an avid birdwatcher or simply love nature then I’d recommend visiting the latter island. The ferry journey is 75 mins each way from downtown Auckland and it’s well worth the effort. Tiritiri Mantangi is a predator-free island of regenerating native forest, and you’ll be serenaded with bird-song from native birds such as the Tui and Kokako. 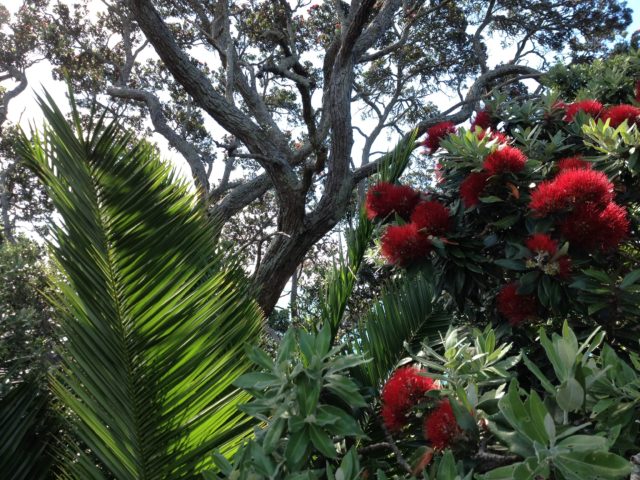 Auckland has some lovely beaches to relax and walk along, and/or have a picnic. The water is certainly not tropical, but rather on the chilly side so you may not be game enough to take a swim. The locals are a hardy bunch and enjoy a dip in the ocean. The nicest local beaches are Cheltenham and Takapuna beaches on the North Shore (north of the habour bridge), and Mission Bay along Tamaki Drive which has great views of Rangitoto Island and the harbour. The beach neighborhoods of Mission Bay, Kohimarama and St Heliers all have a wonderful coffee and restaurant scene, and locals and tourists alike love to walk along the boardwalk above the beaches.

A little further afield (1-1.5 hours from central Auckland) are other fabulous beaches such as Piha on the west coast, and Orewa, Anchor Bay and Wenderholm Regional Park which are north of the city. Piha is a rugged, black sand beach and popular for surfing and boogie-boarding. It has notorious rips so you must swim between the flags. Also on Auckland’s west coast is Muriwai Beach which is famous for the Muriwai Gannet Colony at its southern end. In August each year some 1200 gannet pairs return to the exact same cliff tops to build their nests. They stay until March and the best time to view the parents with their chicks is between December and February. It is a wonderful spectacle and my family loves to bring all their overseas visitors to see it. 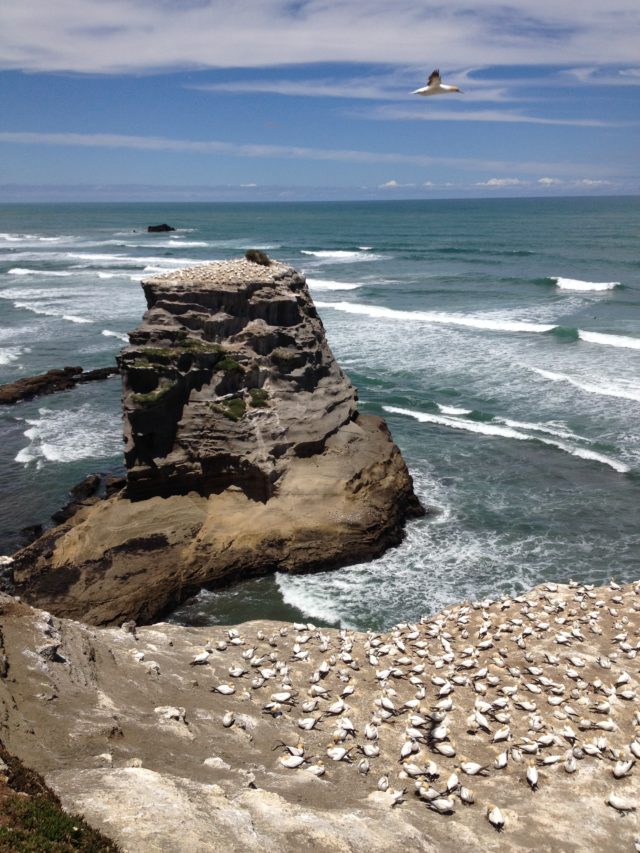 As stated earlier Kiwis love their water sports and many are keen yachties. New Zealand has some of the finest sailors in the world and the whole country was in raptures when we won back the converted America’s Cup in 2017. New Zealand will host the next regatta in 2021. The venue is yet to be confirmed but is likely to be on the Waitemata Harbor. The 2018 Volvo Ocean Race, the world’s top offshore sailing event, will also make Auckland a vital port-of-call during its circumnavigation of the globe. In Auckland there is the opportunity to crew on an authentic America’s Cup yacht and experience the thrill of racing, even if you have never sailed before. Yacht and motor boat charters are also available if you have boating experience but it is recommended that you first take a brief class to get familiar with the local sailing rules/etiquette.

Wherever you are in the world, sailing charters are a wonderful way to explore pristine, isolated bays and coves that the vast majority of tourists will never get to see. Why take yet another one-package-fits-all holiday on a cruise liner when you can have a unique, bespoke sailing adventure with www.sailingholidays.com in exotic destinations like Greece, Turkey, Croatia, Italy and Spain. There are three options: you can charter a boat yourself, hire a yacht and sail it with the assistance and guidance of an experienced on board skipper, or hire a luxury yacht complete with skipper and hostess so you can sit back and completely relax.

Previous Post: What If I Get There and Don’t Like It? 10 Tips for What You Can Do.
Next Post: Know These Travel Tips Before Your Next Vacation