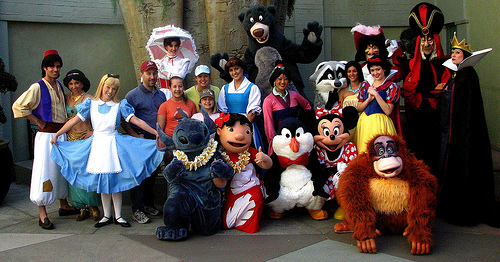 1. Educate yourself about US holidays and school vacation periods.

Factor US holiday weekends and vacation periods into your travel plans if you want to get cheaper deals and minimize your time waiting in lines. If planning a trip to Orlando, you’ll also probably want to avoid Daytona 500 week in late February.

2. Which season is best?

Spring as the best season to visit Orlando from purely a weather and sunshine perspective.

You can see an awesome chart of Orlando sunshine hours for each month of the year here. You’ll see that the peak sunshine hours are in April. However, even the least sunny month of December is still a vast improvement over December in the UK! 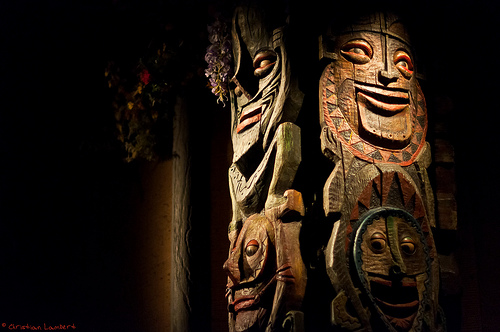 3. Use Fastpass to avoid long waits for rides.

Disney World has a system called “Fastpass” for some of the most popular rides. You go to the ride and get a free ticket that gives you a window of time to come back, rather than queue for a very long tome. Sometimes the standby line can be short and you won’t need to get a Fastpass. Before you leave on your trip, check which of the rides you want to do are part of the Fastpass program and plan accordingly. The Fastpass window you’re allocated will typically be an hour or two from when you get your ticket.

4. Special diet? Research your dining options before you go.

It’s America where the customer is king. The parks make an effort to cater to special diets. For example, check out this awesome blog post about eating vegan at Disneyland – http://cadryskitchen.com/2013/02/01/eating-vegan-at-disney-world/

For vegans, there’s a WholeFoods supermarket in Orlando but it’s 8 miles from the parks and realistically only an option if you have a car. There is no Trader Joes supermarket (low price organic food) in Orlando currently, but apparently one is set to open.

5. Make sure you can at least txt other members of your party.

If you’re traveling as a family chances are you will want to split up at some point (to line up for different rides etc) so you’ll need a plan for contacting each other. Consider ordering US sim cards or disposable cell phones online before you leave and have them delivered to your hotel (just put your name and arrival date and the hotel will hold your mail). Try Wal-Mart (e.g., we use Straight Talk) or Target. You might need a US based friend to place the order for you, and you can just Paypal them what you owe them.

6. Know your children’s height in inches.

Measure your kids so you an check which rides they’ll be allowed on.

7. Plan an afternoon nap each day. 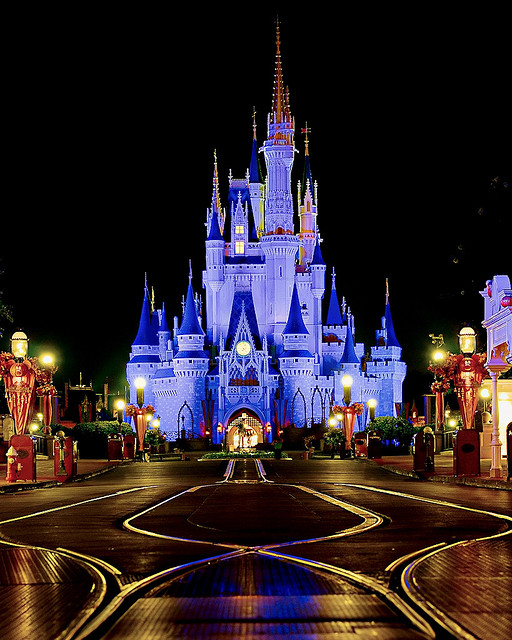 The parks often have great things going on in the evenings, including the famous Mainstreet Electrical Parade at Disney World. Staying at the park all day from early morning to late night is too tiring. You’ll be in a much better mood if you stay close enough to the parks that you can go back to your accommodation for a mid afternoon nap.

The general consensus is that, if you’re going to Disney World, it’s best to fork out for the official on-site Disney World hotels and that the convenience is money well spent. When you do your accommodation research don’t just look at price. The convenience of a short time getting to/from the park is important (and I hardly ever choose convenient over cheap!)

It’s best to keep some flexibility in your plans in case you get struck down by jet lag at odd times. It happens! When it happens sometimes you’ll feel like you just have to go take a nap. This doesn’t happen to me often but when it does there is no way I can keep going, I have to nap.

Everyone in the family should have a refillable water bottle for preventing dehydration on the flight and once you hit the parks.

Also make sure you bring your own sunscreen, umbrellas etc, so you don’t need to pay premium prices at the parks.

9. Study maps and descriptions of rides before you go.

Figure out in advance what your “must do’s” are and make a sensible plan for fitting them in.

Consider booking your international ticket into Orlando and out of another US city or vice versa. For example, New York or Washington DC. That way you get to experience and additional US destination at very little extra cost.

Carriers like Jet Blue offer good one way fares from Orlando to other US cities.

Previous Post: Top Sights to See When Touring Australia
Next Post: Citi Bike New York – A Trap For The Novice