When two humpback whales put on a spectacular show near Long Reef, Sydney recently, it signalled an exciting start to the whale-watching season in Australia. The 30-tonne mammals repeatedly launched two-thirds of their massive, 12m long bodies into the air and then fell back into the water in a remarkable tandem breaching display. One of the first times this season that whales have been spotted so close to shore, the demonstration shows that that they’re now starting to move up the coast and are likely to be spotted on a daily basis from here on in. If you’re keen to get in on the action and don’t want to miss a sighting of these glorious creatures, now is the time to book a tour or just head to your local coastline for some viewing time. Read on for a collection of the best spots in Australia to enjoy some whale watching this year.

Known as the whale-watching capital of Australia, Hervey Bay’s temporary population swells during winter as tourists flock to the area’s accommodations. Venturing out in large numbers on whale watching tours, visitors hope to spot some of the many humpback whales who make the bay a regular stop on their annual migration between late July and early November. With the waters around nearby Fraser Island providing shelter, the whales usually rest and play for a few days with their young before continuing on their journey. 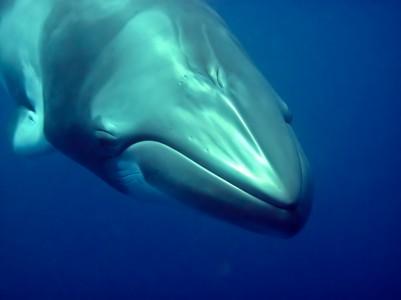 One of the few places in the world where humpback whales feed on their migratory route, Eden’s krill-filled waters are a major drawcard for the massive creatures. The whales can be seen in the waters off this coastal town between June and August as they migrate north. Alternatively, visitors can head to Eden between September and November to spot the mammals as they head south again to Antarctica. Travelling in large numbers close to the shore, the whales are easily spotted from Eden’s coastline or from a local tour boat. Other species that have been seen off the coast include orcas, sperm whales, dwarf minkes and southern right whales.

While in Albany visitors can learn about the beautiful creatures of the sea at the town’s interactive Whale World museum (previously a whaling station). However, tourists can also take advantage of the rugged coastline to watch humpback whales travelling north-west to Broome between June and November. Visitors can also enjoy seeing southern right whales mating and calving in the green seas of King George Sound over a similar time period as the mammals migrate north from Antarctica.

Port Stephens in New South Wales is home to many bottlenose dolphins but also becomes a perfect spot to admire the frisky, acrobatic displays of humpback whales between June and August (as they travel on their annual northern migration) and then between September and November as they return south. Over 7,000 humpbacks make their way through the outer Port Stephens’ waters in a mass migration, offering visitors and locals alike a chance to see these incredible creatures up close.

The sheltered bays along the coast near Warnambool in Victoria become a hot spot for southern right whales between June and September. The whales return to the area to give birth close to the shore where they stay for several weeks as they help their newborns build up strength for the long journey home to sub-Antarctic waters. Named “right” whales due to their slower speed and the fact that they were easy to hunt (horrible, right?) these beautiful creatures now thankfully can look after their families in peace. If you’re in the Warrnambool area during May, you might also be lucky enough to spot a rare blue whale during their last feeding month. 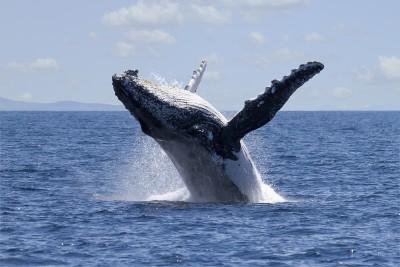 Travellers to Queensland’s Great Barrier Reef area during the winter months can not only be treated to the glories of the coral and the perfect beaches, but also a beautiful display of sea life. From May to September each year you can find humpback whales making the waters around the Whitsundays their new home. Being shallow, sheltered and warmer, the area makes for an ideal calving ground and nursery playground for newborn whales. You might also spot a playful dwarf minke whale in the northern region of the Great Barrier Reef while you’re there enjoying some snorkelling time.