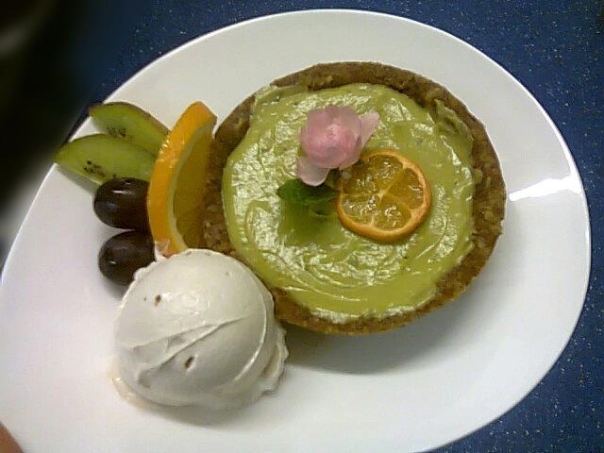 1. Save luggage space (and cost) by switching to powders for some of your supplements instead of capsules (e.g., for your vegan calcium).

Powdered supplements take up much less space and cost much less than pills and capsules (and make it easy to take the amount you need based on what else you ate that day).

I buy my supplements from iherb almost exclusively. They have an amazing range of clearly labeled and searchable vegan supplements, fantastic international shipping rates ($4 if you order is between $40-80 and less than 4lbs), and the best before dates are shown when you order so you’re not at risk of buying stuff near expiry. I’ve never had a problem ordering from them, and prices to buy locally in New Zealand would be about 3x as high (or vegan versions are often not even available here).

I would hate long term travel as a vegan if I didn’t typically have kitchen access when I travel. I generally prefer to eat at home than at restaurants but love to use local produce in my cooking (and love vegan takeout and vegan ready-meals).

I do an interview series with travel bloggers and other location independent folk about renting short-term apartments around the world. It’s focused on renting apartments for 1 to 3 months. So far I’ve had interviewees share their apartment rental experiences in places like – Playa Del Carmen (Caribbean Coast of Mexico), Buenos Aires, Las Vegas, Greece, Montenegro, Malaysia, and Amsterdam. See the interviews in the series.

3. Ask a local vegan before you go.

As a slow traveler who rents apartments, I’m as interested in trying prepared vegan foods (vegan cheese, vegan sausages etc) in various countries as I am in vegan restaurants.

I also want to know info necessary to keep costs down, such as where locals buy good fresh tofu and their fruits and vegetables.

4. If you’re a sociable type, search for vegan meetup groups.

Try searching online or contacting the local vegan society. Many cities have vegan groups that visit a vegan restaurant together on a monthly basis.

5. Simplify your recipes and reduce your dependence on your favorite vegan products from home.

If you’re traveling long-term, you probably will want to cook for yourself at least some of the time. If you’re accustomed to having easy access to vegan cream cheese, nutritional yeast, and a full pantry of spices then adjusting your repertoire of recipes can take some thinking through. Think about recipes that only require a few ingredients, don’t require specialty ingredients, and don’t require a food processor.

Although sometimes I want eat the types of foods I cook at home while traveling, when in Rome I generally like to do as the Romans. I like to eat pasta and gelato in Italy and baked beans and sausages in Britain.

Justin from the Lotus and the Artichoke has a great new vegan world food cookbook. The recipes aren’t excessively complex and are divided up into continents.

They will help you think about how to vegananize a wide range of traditional dishes from around the world. Great for pre, during, or post trip inspiration! Check out the included recipes. (not an affiliate link).

Previous Post: Penang Apartment Rental Interview with Erin from Travel with Bender
Next Post: How to Find an Inexpensive Apartment in New York