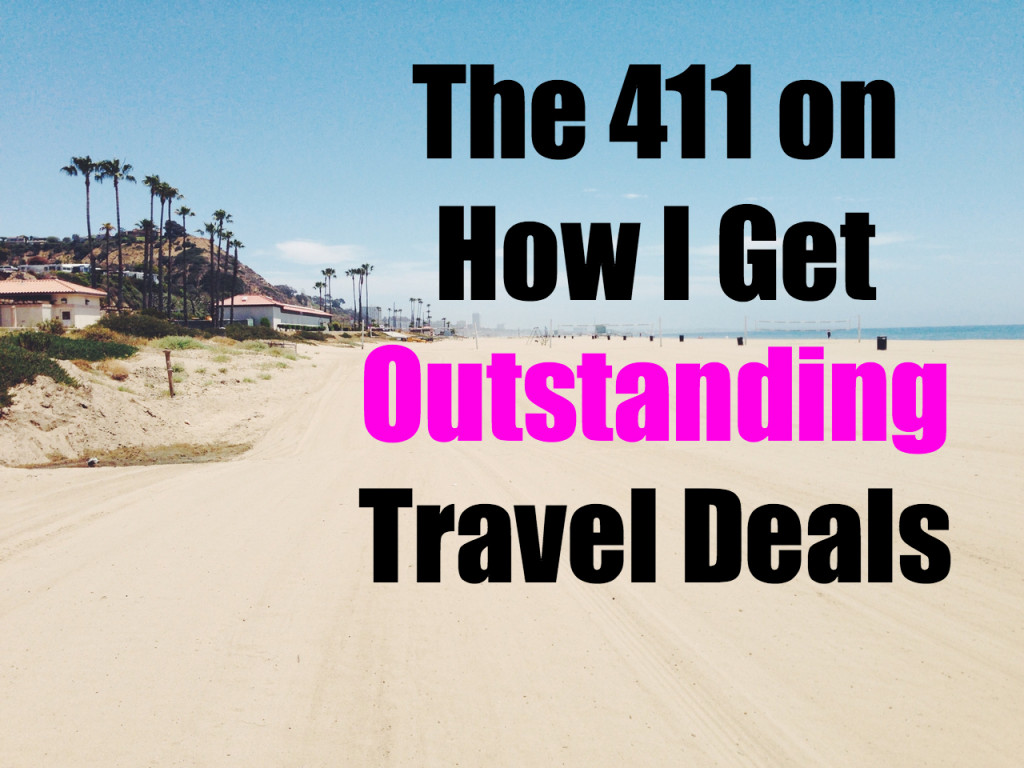 Many travel bloggers blog for the average Joe reader who travels once or twice a year. I like to show readers how I travel by using some slightly more advanced tips for getting amazing deals.

I’m going to do a monthly post about the best deals I’ve gotten and how. You can read the first post in this series here.

Below are my favorite savings from this month.

I flew on points from LA > Nadi, Fiji > Auckland > Christchurch. However, the reason this was a deal goes beyond just using points…

I have Qantas points, which are virtually worthless because of their extremely high fuel surcharges and high redemption values.

If I had flown back to NZ on Qantas via Australia, I would’ve paid $300-400 in fuel surcharges and taxes (on a one way), AND it would’ve cost him substantially more points.

The Qantas search engine likes to show you the Qantas flights. To get it to show me the routing above, I had to force it to search as a multi stop search with each flight entered separately, even though my stops were connections and not stopovers.

2. I got a Hertz rental car for around $100 a week, by picking up at a LA city location rather than the airport and by using two coupon codes on the reservation. I just Googled for the coupon codes. I returned the car to the airport.

3. I got two hours of free late checkout by complaining about the wifi.

The wifi at the hotel I was staying at was awful. I did some speedtests and reported the results to the front desk. I asked for a later checkout so I could complete my tasks later when the speed was hopefully better (I knew it probably wasn’t going to be). This was very handy given that I’d woken up at 6.30am and my flight wasn’t till 10.30pm. It meant that I enjoyed the rest of my afternoon rather than feeling like I was hanging around waiting for my flight all day.

Note that when I complain, I do it politely.

Same issue. I had prepaid 1 night on a Priceline booking. The wifi was down for a period and very slow the rest of the time (under 1 Meg despite being advertised as high speed).

They offered to extend my for another night at $50 ($10 less than I’d paid on Priceline) which also saved the Priceline fee.

5. I got a less than half price rate at another hotel.

I got a less than half price rate at another hotel by negotiating the rate with the sales manager. This wasn’t related to being a blogger, it was just due to that I was staying there a lot, on and off. I asked if I could go through them direct rather than Priceline. The front desk weren’t allowed to do this, but I emailed the sales manager, whose card was on the front desk. I sent a very polite email. She called me at my room, and we negotiated a rate.

6. I got one of the best rooms, despite paying the cheapest rate.

I make an effort to be a very friendly, low maintenance guest when I’m staying at hotels for extended periods. I often look out for when the front desk aren’t busy and use than opportunity to have a little chit chat with them for a couple of minutes. I keep this very short so I’m not getting in the way of their work but it’s enough that they feel like they know me when I’m checking in again.

I also leave a positive comment card when departing, mentioning the names of any helpful staff.

When I am rebooking, I make the booking and then I give the front desk a call and ask for the room that I’m hoping to get.

My accent definitely helps with this, as it makes me more memorable at hotels that mainly have US guests.

7. I got upgraded to a much better car.

I booked a compact car and got upgraded to an SUV. It used a little bit extra gas but it was still a nice change from my usual small car. Part of the reason for the upgrade was their inventory but part of it may have been because, once again, I was a friendly, polite, and low maintenance customer.

When I got to the rental location, the agent was dealing with an extremely stressful situation, which resulted in another customer driving off in one of their cars without a valid rental contract and the agent needing to call the police.

All I did was try to reduce the agent’s stress a little bit by letting him know I was in absolutely no hurry so not to worry about leaving me waiting while he was sorting out the issue. I told him I was happy to wait while he did what he needed to do and not to worry about me. I could tell he appreciated it and was surprised I wasn’t grumpy about being kept waiting for 15 mins.