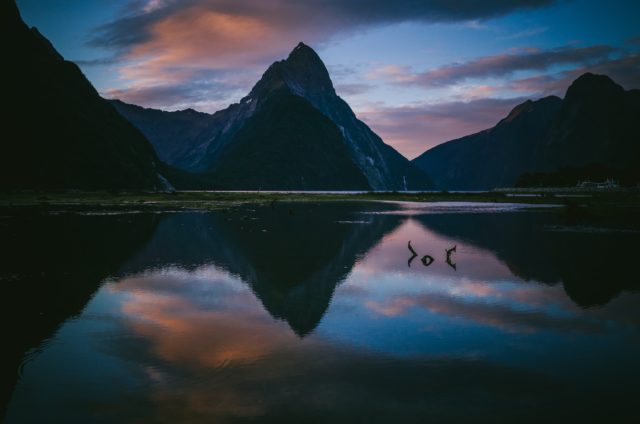 New Zealand often features near, or at, the top of the best countries to visit in the world. I doubt many people still need persuading that it’s somewhere you’ve got to visit at least once in your lifetime.

What’s more, there is an option for over 30s to get a working holiday visa. So if you’re planning to make some money on your trip, you can apply for these online.

You can then spend your money having the best time ever, visiting some of the hotspots listed below – but no doubt you’ll have some more to add to the list.

Located on the Wharekopae River, you can spend a day at Rere and get involved with what the riverside has to offer.

Rere Rockslide is basically a 60-metre-long water slide. The natural rock formation has been smoothed by the constantly running water so you can use inflatables and boogie boards to slide down. See how it’s done here.

The nearby waterfall, Rere Falls, isn’t that tall (5 metres) but is a picturesque 20 metres wide. It’s the perfect backdrop to a much-needed picnic, after all the runs down the rockslide.

For action and adventure, look no further than Queenstown. Secret Traveller say it’s ideal for adrenaline seekers asyou ski or snowboard, or bungy jump, or paraglide, or jet-boat, or mountain bike, then “come back to base and hit the pubs, basking in a post-adrenaline glow” – Queenstown has it all.

After a day of exploration, you can expect a great night in the town too. Worried you’re going at the wrong time of year to experience Queenstown nightlife? Don’t be. You can also grab yourself a Fergburger, which satisfys even the toughest of critics. Locals often refer to it as Queenstown’s worst kept secret.

A two-hour drive from Auckland is Matamata. It’s unlikely you’ll have heard of it, but you’ll recognise the surroundings. Matamata is home to the Hobbiton Movie set.

There are 44 hobbit holes, the Green Dragon Pub, double arched bridge and the Party Tree to see. Whilst more than 150 locations in New Zealand were used in The Lord of the Rings trilogy, nothing has been set up for a great fan experience in the way the Hobbiton movie set has.

Milford Sound receives around half a million visitors each year. Rudyard Kipling called it the eighth wonder of the world and The Telegraph say it is a “trip of a lifetime.” So what’s all the fuss about?

Well, Milford Sound – located in an out-of-the-way corner of New Zealand’s South Island – is a fjord within Fiordland National Park.At the centre of it is the majestic 5,560ft-high Mitre Peak, the focus point for most photographs.

And whilst you can try to capture the majesty of the surroundings, a photo doesn’t do it justice. You’ve got to go there to experience it.

Also known as the Living Thermal Village, the reserve is as famous for its Maori cultural significance as for its steam and bubbling mud (perhaps we’re taking the title a little too seriously).

The valley is also home to a number of active geysers including Pohutu – the largest active geyser in the southern hemisphere, which erupts up to twenty times per day and shoots steam up to heights of 30 metres.

Are you planning a trip to New Zealand? Are there any other places you’d include on this list? Please let us know.

Previous Post: Our tips for a motorcycle road-trip in India
Next Post: A True VIP Experience in London