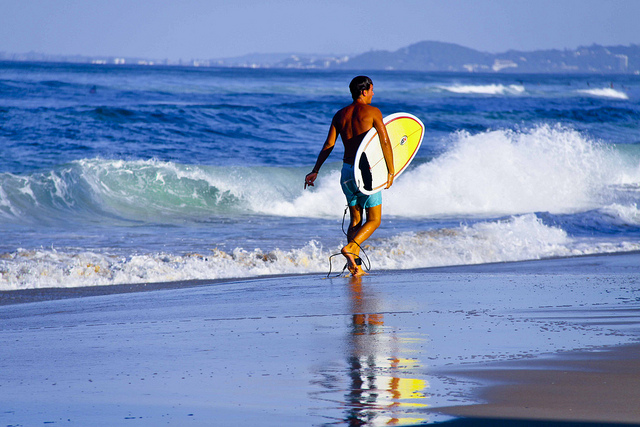 Surfers Paradise is an icon of the Gold Coast. A trip to Australia isn’t complete without embracing the true beach culture on offer here. Surfers Paradise is known for its amazing weather, surfing vibe and theme parks – but there’s more to the place than meets the eye. The best way to experience it is to find a hotel close to the beach and check out the 10 retro activities below.

Take a retro ride
Hire a vintage beach cruiser, complete with basket and head north along the well-pathed beach bikeway. End up at the Southport Bathing Pavilion, which dates back to 1934. It’s now the Main Beach Pavilion Café, which serves tasty fare that you can enjoy, amongst the black and white photos which adorn the walls of this heritage-listed building. You could also pop in for a bit of seafood at the Main Beach Surf Club, which enjoys pole position on this stretch of sand. If you’re feeling really energetic, ride as far as the Gold Coast seaway and grab an old-fashioned fresh crab sandwich on white bread at the Seaway Kiosk. 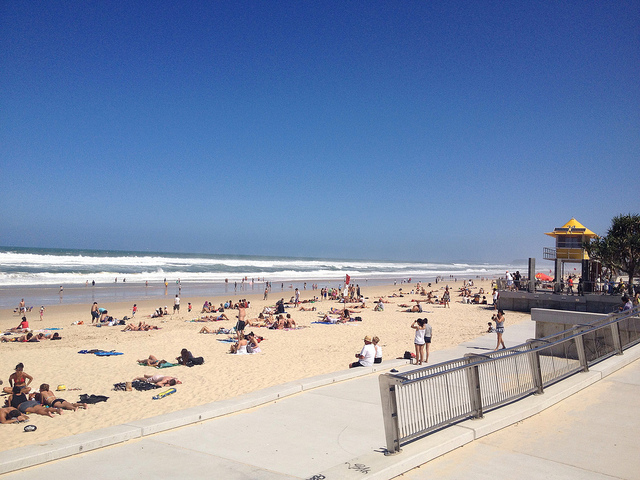 Wax on, Wax off
Dating back to 1968, The Wax Museum Gold Coast is one of the longest-running attractions in Surfers Paradise. Enter this wacky wax museum and you’ll find all of your favourites including the British Royal family, Australian politicians, and movie stars. The museum also showcases a life-size replica of the Crown Jewels, commissioned by Queen Elizabeth II, for her Coronation rehearsals. Australian historical characters and nursery rhymes are captured in dioramas. You’re also invited to enter the chamber of horrors, if you dare…

Indulge in some cocktails…and dreams
Back in the 80s it was Cocktails and Dreams, now it’s simply Cocktails Nightclub, and it’s the largest nightclub in Surfers Paradise. Relive your retro youth here, in three rooms playing different styles of music. Around the corner, visit another Surfers Paradise stalwart, Melba’s on the Park, which opened in 1981. Melba’s nightclub is known for its VIP cocktail bar. If you’re looking for something new, but which harks back to old, check out Retro’s Cocktail Lounge in Orchid Avenue which serves classic cocktails such as pina coladas from fish-bowl glasses. Party like its 1999 to tunes from the 80s, 90s, and naughties.

Meet the infamous Meter Maid’s
Since 1964, a group of girls in gold bikinis have been strutting the streets of Surfers Paradise, feeding the parking meters of visitors. Their job was to ensure tourists didn’t receive fines. More than 50 years later, this tradition continues and these bathing beauties have become something of a Surfers Paradise icon. Photographed more than 3.5 million times, make sure you snatch a snap with these golden girls. You can also buy a range of Meter Maid merchandise such as stubby coolers, key rings, t-shirts, coffee mugs and posters.

Believe it or not?
Long before the Gold Coast built its major theme parks, Ripley’s Believe It or Not had been entertaining the curious in Surfers Paradise. Right in the heart of the Cavill Mall, these days you’ll find 15 themed galleries and 400 exhibits and artefacts. Check out the shrunken heads and spinning vortex tunnel in this interactive and entertaining museum. Who can resist a photo with the World’s Tallest Man?

Hang ten
They don’t call this destination Surfers Paradise for nothing. Ever since its name was changed from Elston to Surfers Paradise in 1933, blonde-haired Brisbane boys (and girls) have been flocking to its sunny shores. Channel your inner surfer with a learn-to-surf lesson. There are numerous companies teaching people to surf all day, every day and your guaranteed to stand up by the end of it. The lesson takes place just north of Surfers Paradise, at The Spit Beach, where it’s uncrowded, protected and there’s plenty of waves on which to hang ten. 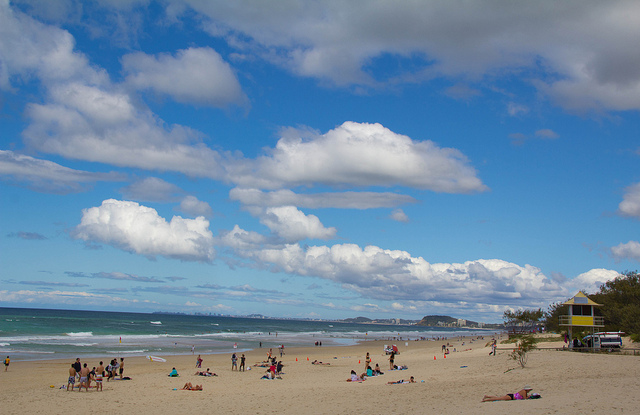 Dip and dine
Travel anywhere along the Gold Coast and the best places to eat with a view of the ocean are the surf clubs. Surfers Paradise Surf Life Saving Club, which first put a reel on the beach in 1921 for the safety of bathers, is still going strong. Since 1975 members of this surf club have rescued in excess of 3,500 people, prevented another 25,000 from requiring assistance or being rescued, and treated over 5,000 First Aid cases. More than 3 million people a year visit Surfers Paradise beach, where bathing between the flags never goes out of fashion. Take a dip and then head to the club to dine. The breakfast buffet comes at retro prices with all-you-can-eat for just $12.

Dress the part
To truly embrace your Surfers Paradise experience, head to Arkive Vintage, in the Centre Arcade, Surfers Paradise Boulevard. This concept, which was born in London, has spread its wings to Surfers, and boasts a range of really cool clothes. Think retro on steroids such as loafers, aviator sunglasses and paisley prints. There’s crocheted cardigans, lace dresses, disco bags and peep-toe heels here too!

Build a sand castle
If there’s anything more retro than building a sand castle in Surfers Paradise, we’d like to hear about it. This place has been hosting sand sculpting competitions along its sunny shores for as long as anyone can remember. These days’ things are a little bit more professional. You can visit the annual Sand Safari Arts Festival, held in 2018 from February 9 to 25. Watch master sand sculptors create everything from mermaids to mythical creatures.